There are people gathered to participate in another experiment. The researchers ask people for two digits after their resident registration number. If the two digits after the resident registration number are between 01 and 49, it is divided into A group, and if it is between 50 and 99, it is divided into B group. And they tell each group to show two computers and two bottles of wine and write down the estimated price. What was the difference between the estimated prices written down by each group?

Professor Daniel Canerman, a Nobel Prize-winning psychologist in the Prospect Theory, argued that people’s decisions are made in an unreasonable way, depending on the situation, especially when information is uncertain [1]… in the same situation as the two experiments right above. 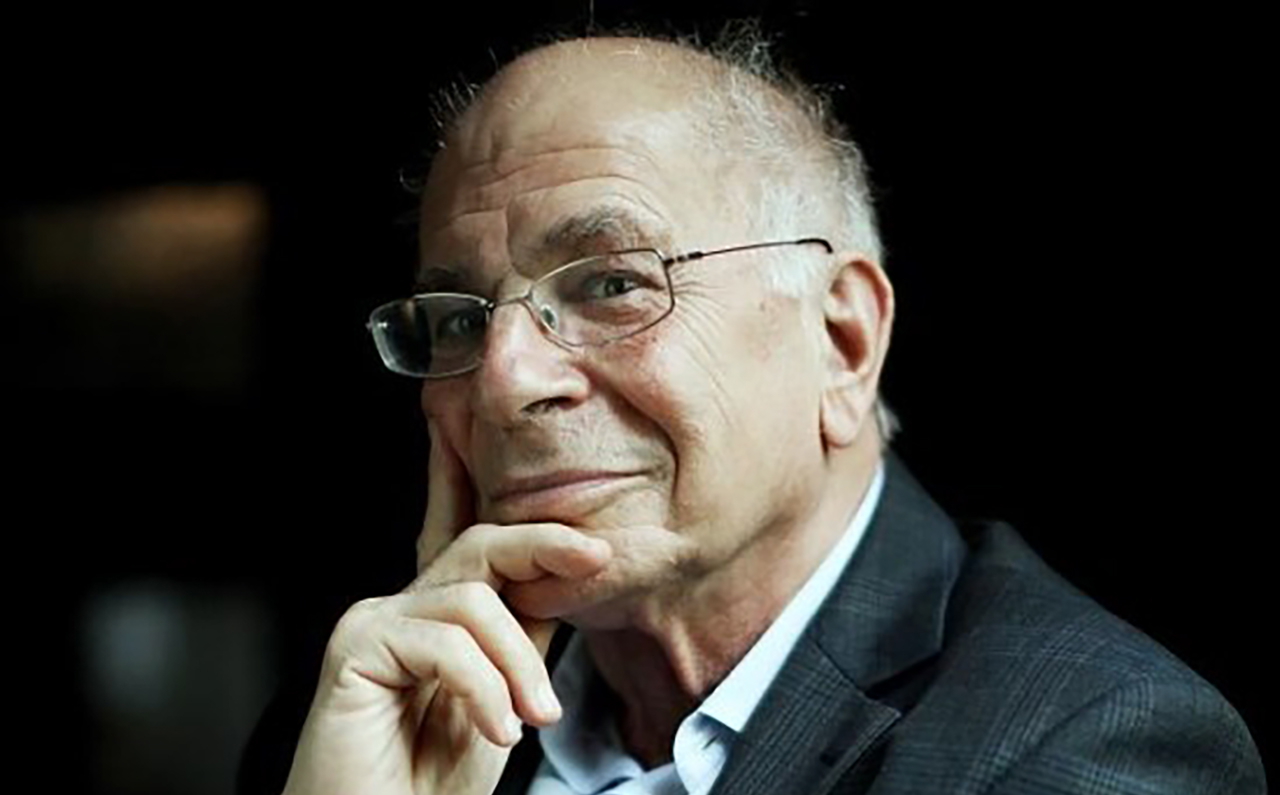 Anchoring effect refers to human thinking and judgment within the scope of the information initially presented in such uncertain situations. It’s as if the ship that’s anchored only moves within the range of the rope that’s connected. 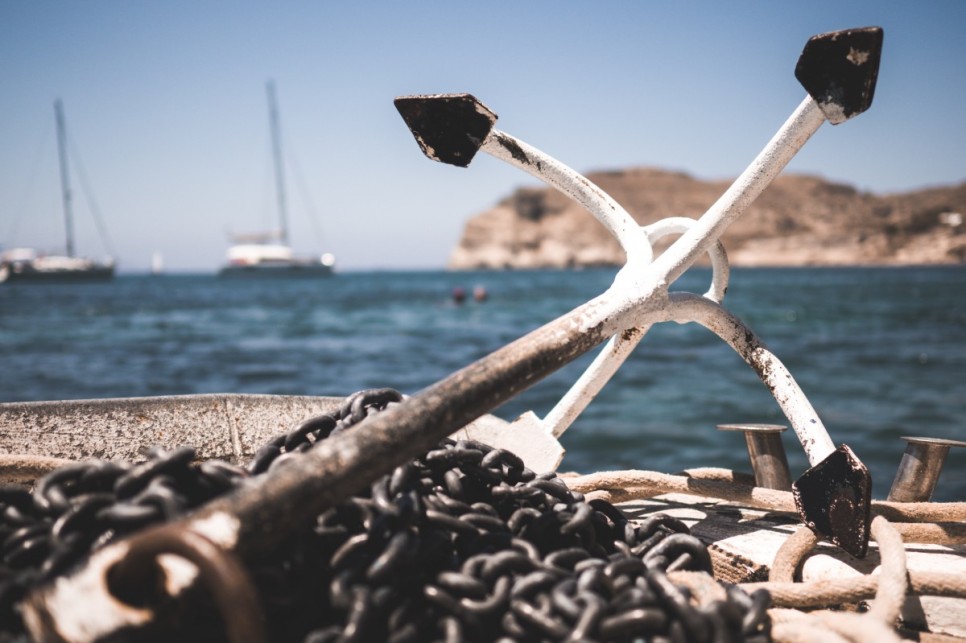 There are two main types of anchoring effects in real life. The first is the anchoring effect of the lowest price reference point. First, let’s think of discount leaflets in clothing stores. The leaflet highlights the most visually appealing clothing products or brands that are usually ridiculously discounted. And then they’re going to show you products that are a little bit more expensive or have a lower discount rate. Customers think that the discount rate for this brand (product) is greater than the rest, which increases their chances of visiting the store (I don’t know if the product will remain until they visit). 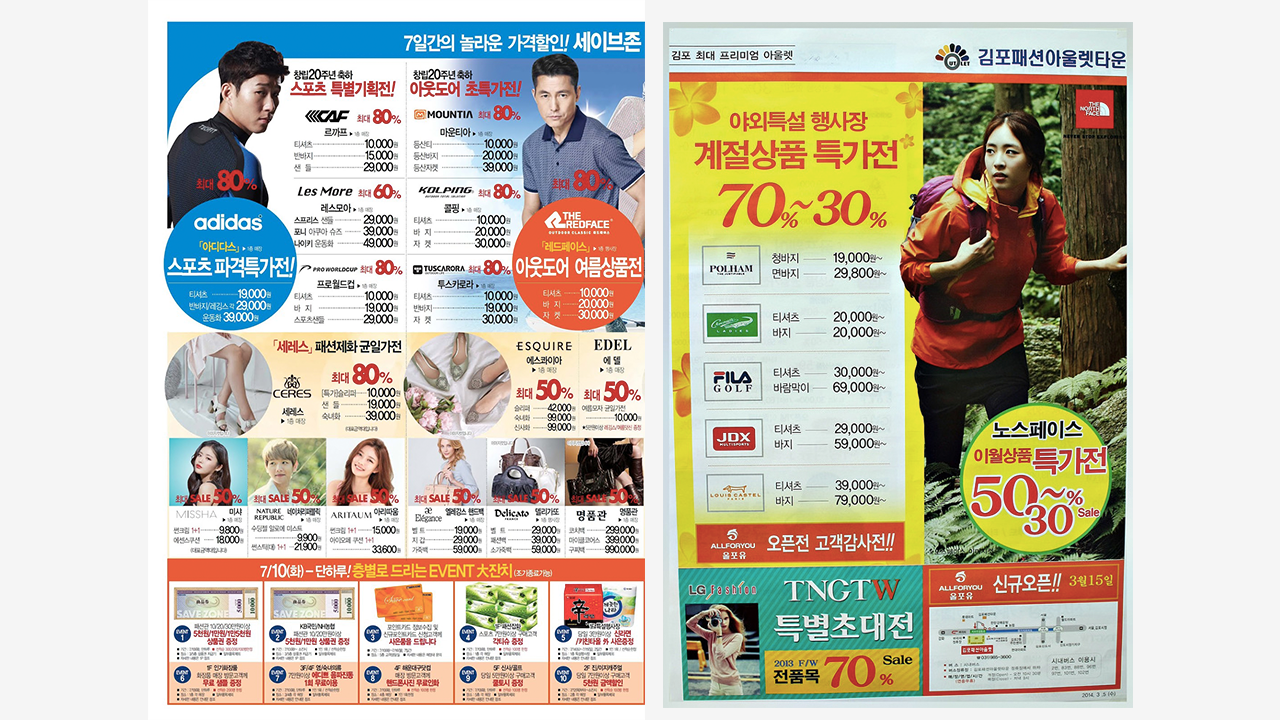 Highlight the cheapest or best-discounted brand (product) for visibility.

The second is the anchoring effect of the highest reference point. Let’s think of a restaurant menu. At the top of the restaurant menu, relatively expensive dishes such as steak, course meals, and chef’s specials are shown first, and the lower you go, the lower you go, the cheaper course or single-piece dishes are shown. Customers are likely to think, “The rest is a little cheaper compared to this dish,” and they are more likely to order a relatively inexpensive dish (even if it’s only ‘relatively’ cheaper) than the first expensive dish they saw. 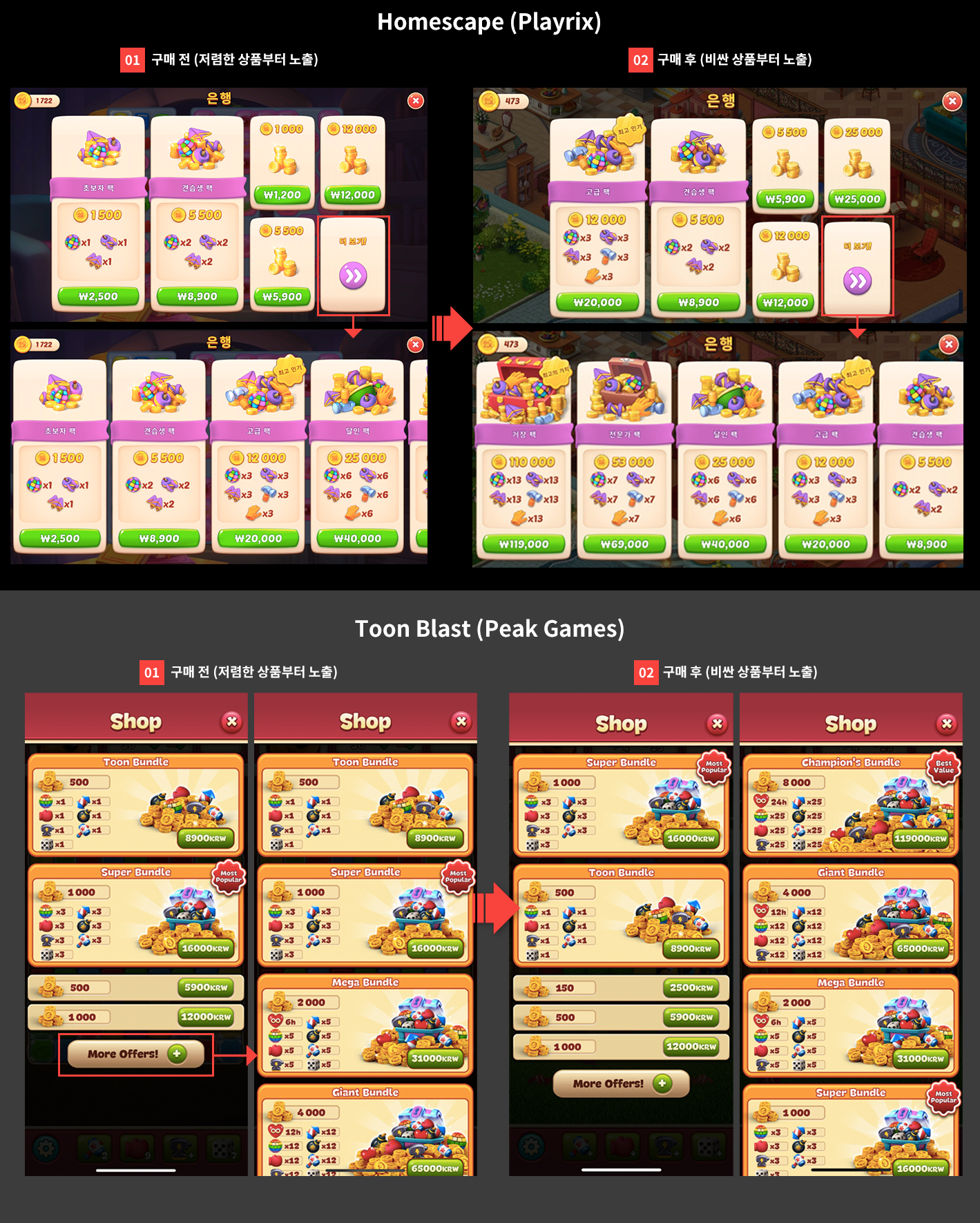 It’s not a case of a combination of two psychological techniques: a purse and a foot

In addition, if you look closely at the price and composition of each of the coin products and the bundle [5] products in both cases, you can find overlapping anchor lowering techniques. If you look at the composition of the bundled product, you can see that it is basically tied to the composition quantity of the coin product, and the price is slightly higher. For example, if you sell a 1,000 coin basic product for 12,000 won, you can combine a particular bundle (ex: Super bundle in the case of Toon Blast) with 1,000 coins plus an additional product and sell it at a price similar to or a little higher than the basic coin price. It’s like adding options when purchasing a car and encouraging users to buy it a little bit more expensive, which is similar to the basic coin price or slightly more expensive, but encourages users to pay for bundle products with rich configurations. With this, the user goes to buy Avante and pays for the Grandeur. 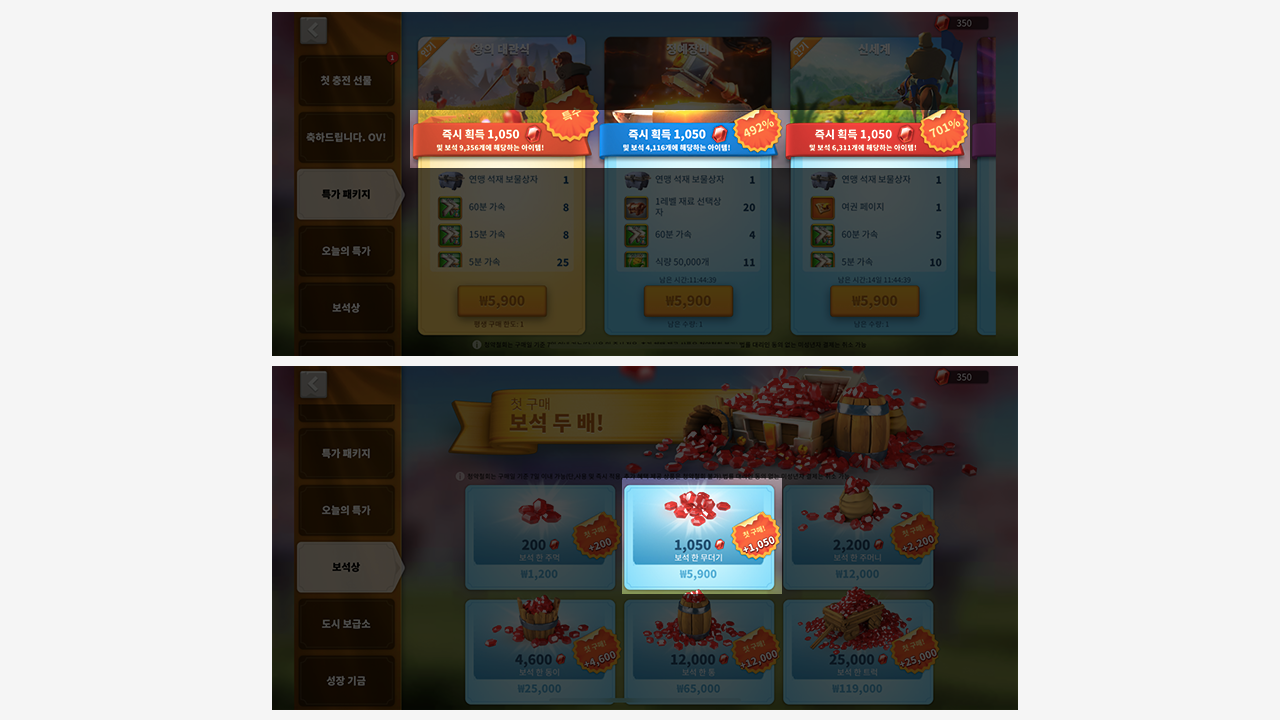 From the user’s point of view, it is generally wise to purchase bundled products (Rise of Kings, Lilith Games)

Each anchor drop technique at the lowest and highest base points reduces users’ psychological barriers or reluctance to pay for more expensive products at the time of initial payment.

1. Break down the psychological barrier to the user’s initial payment with the lowest price threshold anchor technique.

4. Maximize the effect by applying it to your wallet along with the kicking technique.