Background of the experiment

In addition to the level design factors in casual puzzle games, is there any other good way to activate the user’s in-game booster purchase-use? Let me introduce you to an experiment that applied some ideas and produced good results.

1. The first thing that came to mind was the loading transition. Previously, the loading transition page was designed in the mid-core genre (defence) project, and the goal was to promote and activate in-game items, unit reinforcement tips, and new gacha products. Unfortunately, I have never measured the effect of the paper with actual data, but as it is a paper that is repeatedly shown to the user, I remember carefully selecting new gacha products or reinforcement-awakening contents and dealing with them quite importantly. 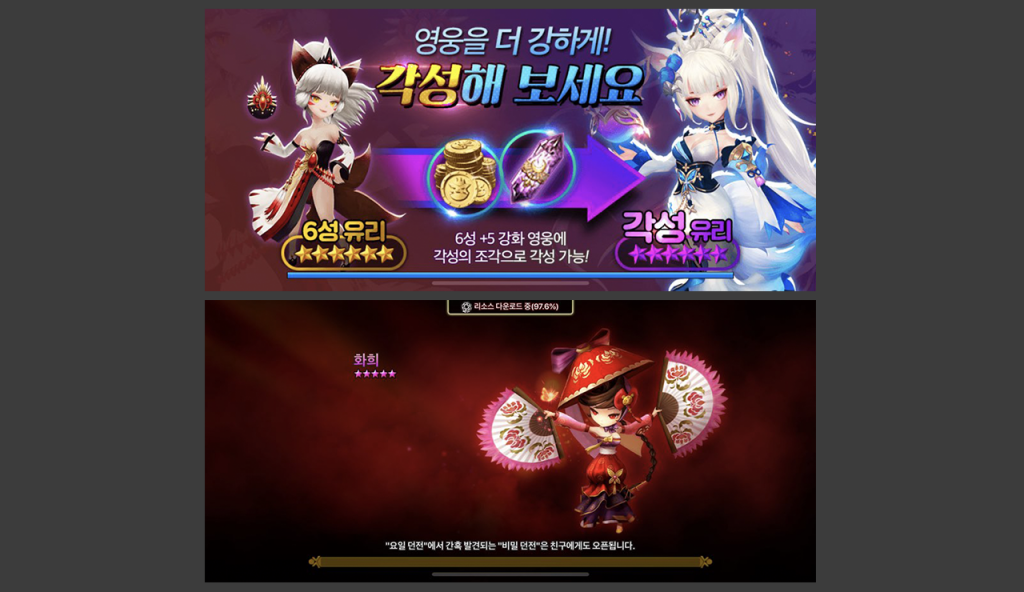 The puzzle game genre also provides loading transitions. Although it is more of a gameplay tip than a product promotion (which serves as a preparation booster promotion), most often guide users on how to match blocks so that they can create their own preparation boosters during gameplay. If it is a loading transition for product promotion purposes that is used in a genre heavier than a puzzle, you can use the in-game booster effect as a material, but I have never seen such a case yet. It’s worth the experiment.

Tips on creating a warm-up booster in the transition scene when entering the in-game. I’ve never seen the in-game booster effect guide.

2. What methods are used to induce the use of in-game boosters in North America’s top-grossing puzzle games? In the event of a mission failure crisis with less than a certain number of movements remaining, the production of inducing the use of a specific booster seemed to be in a similar context.

We expected synergy if we provide 3.1 and 2 together. When entering the in-game, wouldn’t it be possible to activate the in-game booster purchase-use overall by guiding the specific in-game booster effect to the loading transition tip to help clear the level and playing the instruction when a mission failure crisis occurs?

1. In-game booster consumption[1] per user will increase if specific in-game booster effects are guided to the loading transition to help clear the corresponding level when entering the in-game.

2. In-game booster consumption per user will increase if the in-game booster, which is likely to escape from the mission failure crisis, is provided.

3. In-game booster consumption per user is the highest in the set of 1 and 2.

In the Match 3 genre live project, we experimented in three sets (Master/A/B). The level design and the supply of goods (coin and booster) were applied equally between each set as control variables. Data was tracked for approximately a week, maintaining a total of 12,000 DAUs at over 3,000 DAUs per set. The independent variable was viewed as the amount of in-game booster usage per DAU, while the independent variable was viewed as providing loading transition tips and inducing booster usage in crisis situations.

1. The Master Set does not provide any loading transition tips or recommendations.

2. Set A provides both loading transition tips and instruction to use the booster in the event of a mission failure crisis.

3. Set B only provides instruction for use in crisis situations of crisis.

To provide loading transition tips, we first classified levels with distinct mission characteristics. In-game boosters suitable for mission personality were designated to provide loading transition tips by distinguishing between levels that need to be broken and sinker levels that need to be acquired by lowering certain blocks to the bottom of the board. For example, a mission that must break a particular gem guides the single block delete booster effect, and if a particular block must be acquired by lowering it to the bottom of the playboard (sinker mission), the booster effect that eliminates the board longitudinal area.

Next, referring to the design of the reference games (Playrix, Peek Games, King.com), we defined the situation where the number of movements is less than 3 and the mission goal is less than 2 as a ‘mission failure crisis’. When the user is in a crisis, the in-game booster suitable for each level mission character is emphasized at the bottom of the screen with scale-up-down animation and halo production. 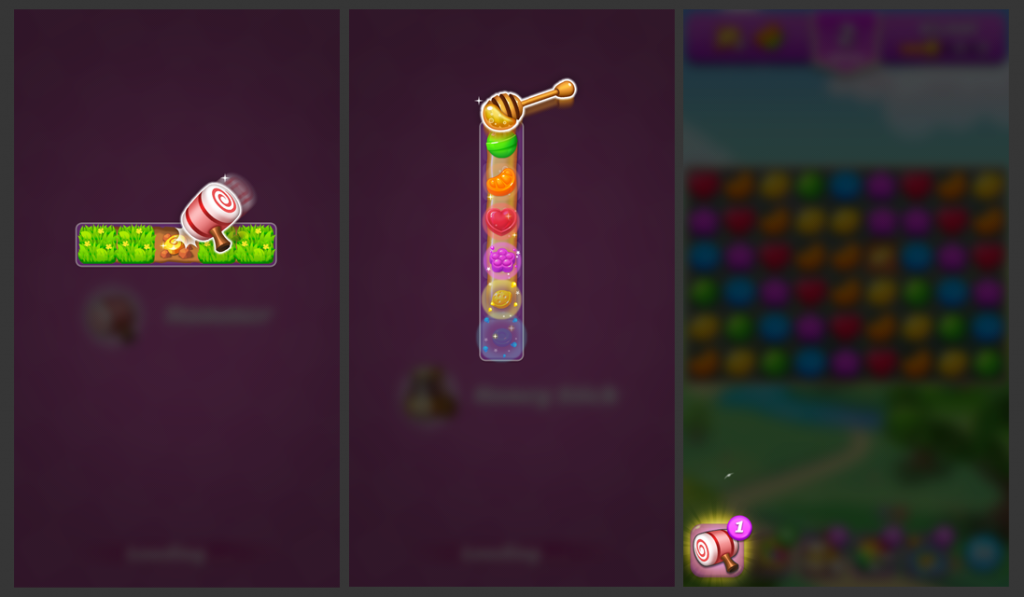 The results of an experiment

* For security reasons, we do not disclose detailed experimental designs and data. 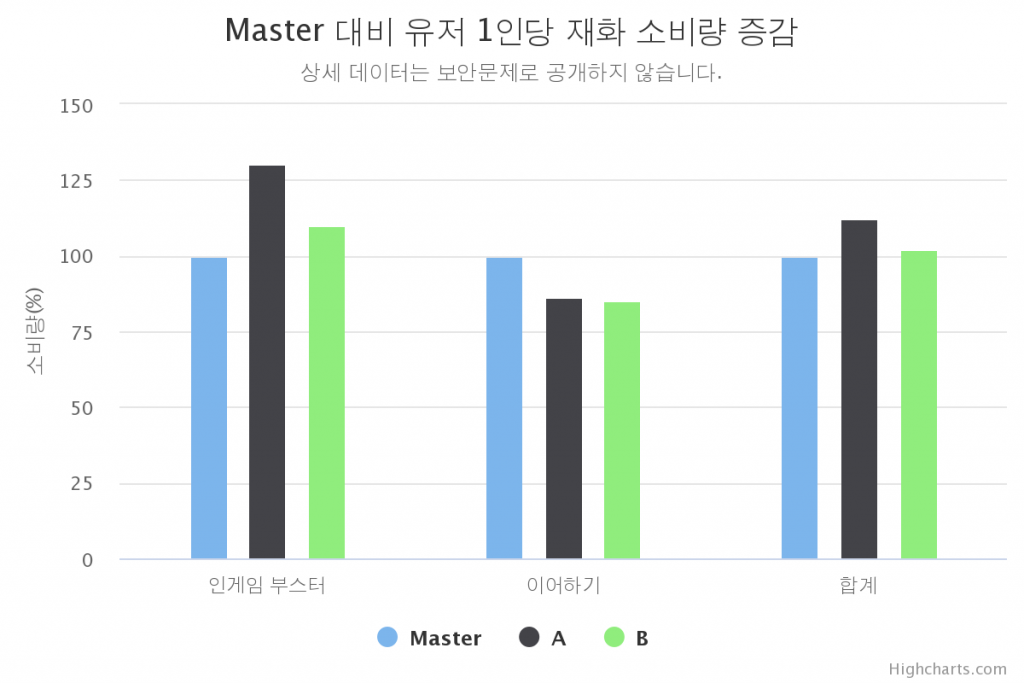 However, one thing to note is that the consumption of in-game boosters per user has increased, and at the same time, the consumption of continuity per user has decreased. In terms of the following, consumption in A or B sets fell by about 14% to 15% compared to Master sets. Fortunately, the total consumption of in-game booster + earing is 12% and 2% higher in Set A and B than in Master Set, respectively. However, as there was a loss in the following, it is necessary to design carefully and track the indicators. Anyway, the main sales floor in the puzzle genre continues (continuing consumption experiments will be introduced in another article).

[1] Item consumption per user can be calculated by total item consumption/DAU by date or level. This requires that all in-game goods (preparations, in-game boosters and primary coin goods) can be tracked by leaving a custom log at the point of consumption. If income-consumption is converted to the value of real currency (ex:$), we can identify quantity and quality indicators from the perspective of goods consumption-income in the game, such as ARPDAU, ARPPU, and PUR. You can track and control consumption-income, ultimately leading users to consume as much goods as they get, and naturally drive them to in-app sales. The related content will be written separately soon.