In general, when talking about ignition effects, the use of words (Word) is often mentioned. For example, before completing the word So_p, if the word “Prime” is related to food, the subject completes it with the word “Soup,” and if the word “ignition” is suggested with the word “soap.”

However, the ignition effect can actually be found in a broader and more complex form in real life. A typical example is the Coca-Cola advertising story. Coca-Cola is known to have a principle of banning post-news advertising, which generally reports serious, negative, and bad social events in the news, and this is likely to put people’s thoughts in a heavy and serious psychological state. If you see Coca-Cola’s advertisement right after the news, you’re worried that negative emotions will have a negative impact on product branding. 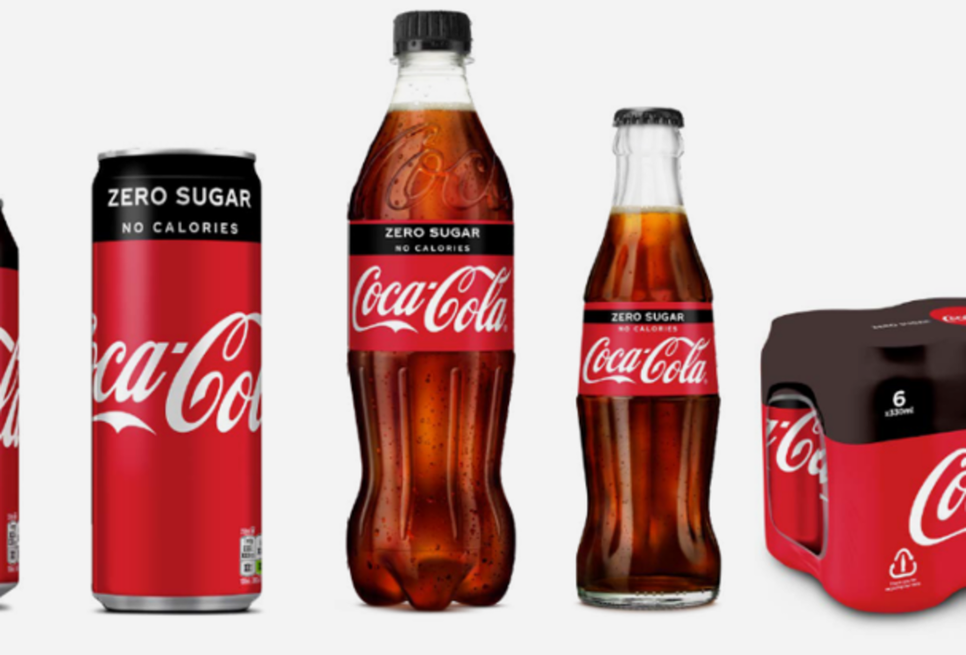 This effect of ignition is not limited to a case of a word’s pre-and post-stimulus. Because human memory and thought are intertwined with the structure of a schema [1]. A schema is a mass of knowledge. For example, when we think of the word “toilet,” we implicitly think of connected words like “toilet,” “bathroom,” and “toothbrush,” which often influence individual decision making and behavior by stimulating these schemas through ignition stimuli. And most of the time, people rarely notice these stimuli and reactions.

For example, an experiment conducted by psychologists North (Hargreaves & McKendrick 1997) and colleagues found that when French music was backgrounded in supermarkets, consumers bought more French wine than German wine. However, consumers who bought wine were not aware that their choice was influenced by the nationality of the background music [2].

In the first Battle Tutorial of the Seven Deadly Sins, the user will learn the basic way of combat through a full-level group of characters. Manreb’s party and the powerful enemy are able to show off one general attack in battle, one lethal move, a very spectacular display, a sense of hitting, and a figure of hitting. This ignition stimulus is then initialized to the lowest rarity and level to start the game (…).i) In this game, the user will experience the comparative weakness of the same main character, and after the first battle, they will enter the 11th annual[3] tutorial. Naturally, users are motivated by possessiveness and envy by the powerful characters they experienced first in the tutorial. These ignition stimuli are sometimes presented throughout the user’s gameplay in a way that allows them to invite a friend’s powerful character to team up in combat. 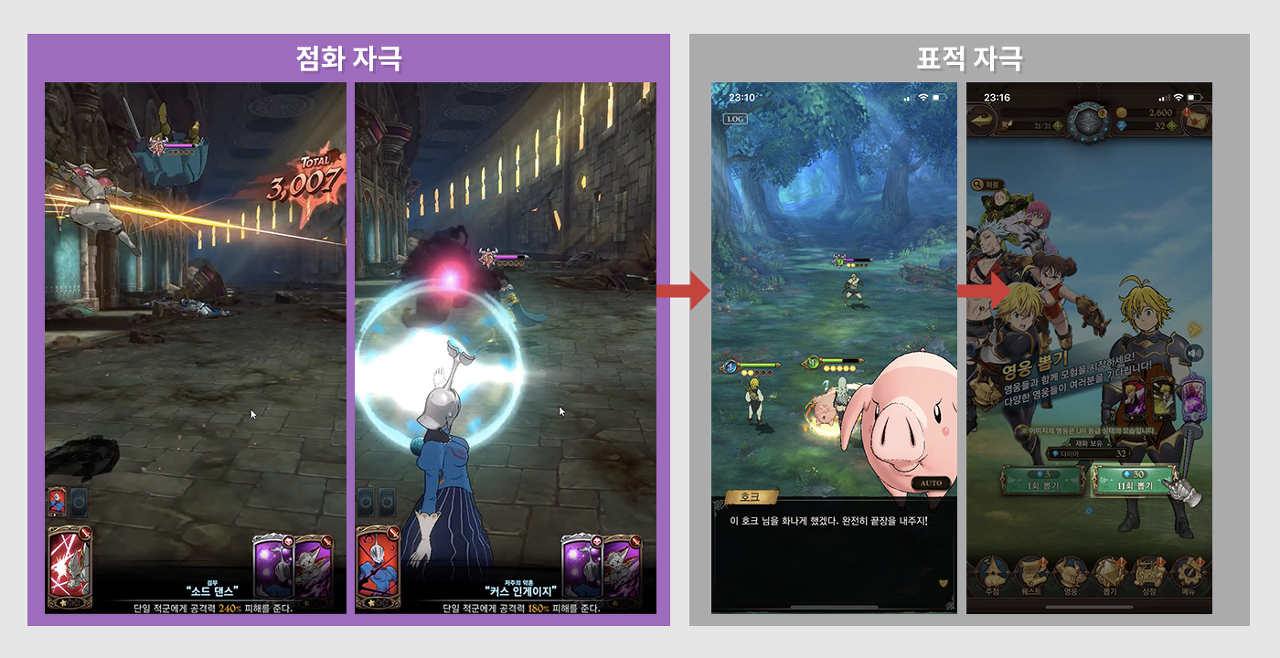 Flows designed to resemble seven felonies can also be found in the MMORPG genre, Lineage 2 Revolution (Netmarble), including the Epic Seven mentioned earlier. However, unlike the seven deadly sins and Epic Seven, which are collective RPGs, Lineage 2 Revolution, an MMORPG, presents ignition stimuli in a direction that focuses a little more on fostering the main character (level-up, equipment).

2. Ignition effect on the gacha

A follow-up study on ignition stimuli [4] also published findings that simply exposing a particular image repeatedly can increase the likability of that image. Coca-Cola’s PPL applied to Nexon’s Kartrider is also a case in point. 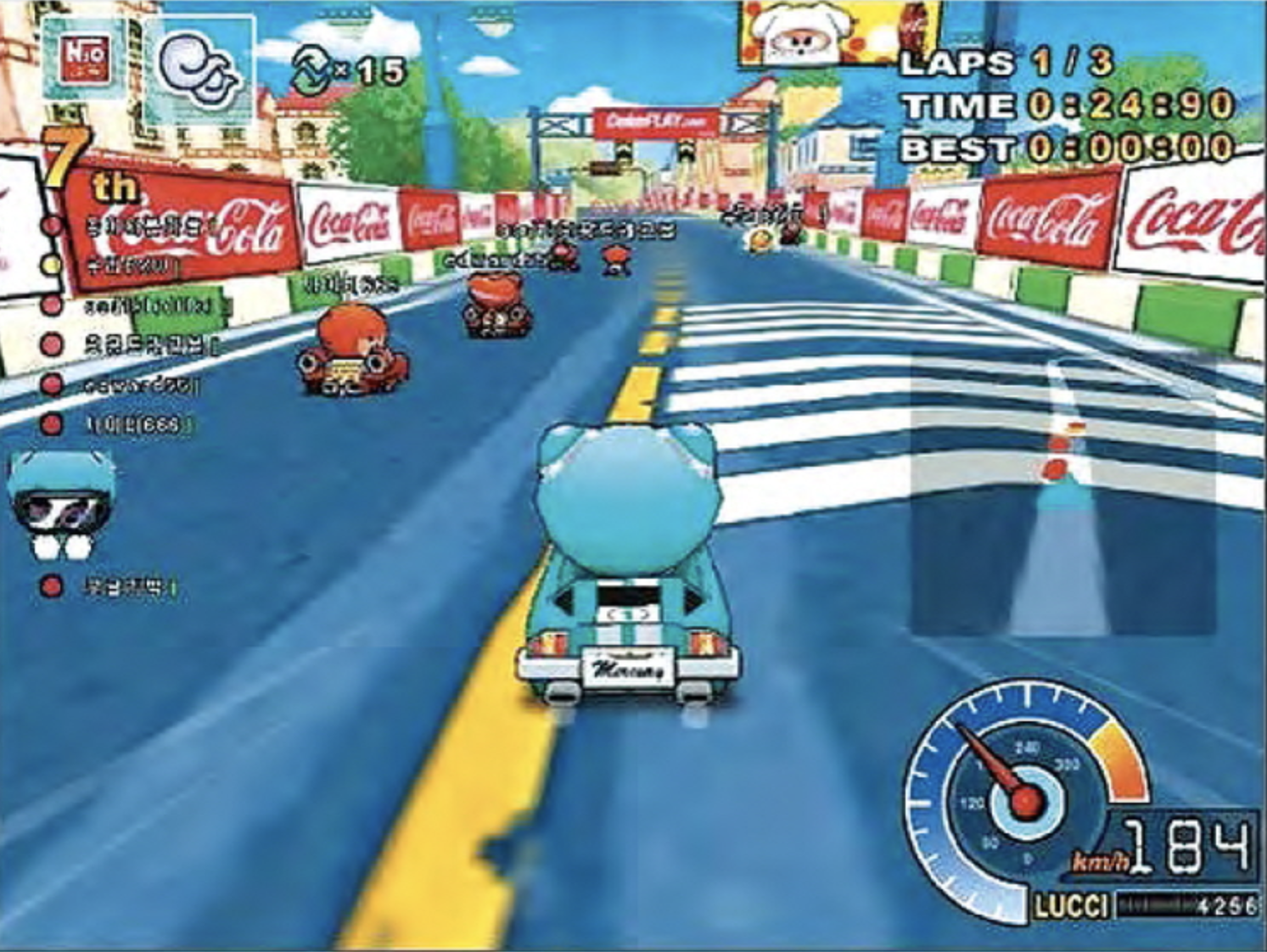 In seven felonies, when the user enters the Gacha (pull) content after the tutorial ends, they first find an illustration listing the strong characters of the UR rating or the initial SSR rating [5] (even during a probability-up event…)) Furthermore, due to the system that provides one free draw per day, the user is repeatedly exposed to these ignition stimuli at least once a day. It is designed to continually stimulate the first-formed schema of possession and envy in the tutorial stage of “Having a Character -> The Joy and Victory of Battle.” 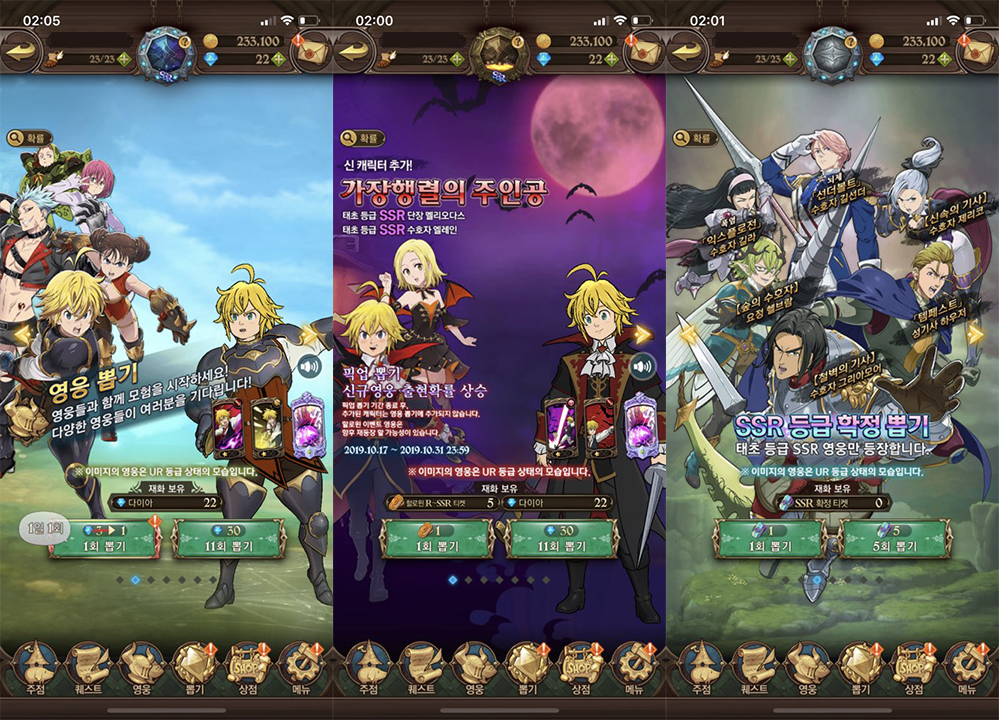 A lot of human decision making is done unconscious. The ignition effect, whether a perceived stimulus or an unconscious stimulus, has a significant impact on human decision making and judgment, supported by a variety of previous studies and examples. Similarly, game design, whether business or designer intentions, can power users in a particular direction of play through ignition effects, and seven felony cases suggest important points.

1. Tutorials provide the user with a strong ignition stimulus for key gameplay factors such as acquisition-growth.

2. Repeatedly present ignition stimuli that produce similar effects to the user after the tutorial.