The pain of expenditure

There are times when I have heartburn when I spend money. Even though it’s something you’ve always wanted to buy, don’t you all have an experience where you suddenly had heartburn at the moment of payment? B. Knutson, an American psychologist and professor at Stanford University, has actually demonstrated this phenomenon with a functional magnetic resonance imaging (fMRI) with his colleagues. [1]

The research team first showed pictures of various products preferred by the subjects. And when I looked at the subject’s brain, the part in charge of “pleasure” responded greatly. However, as the moment of actually having to pay to buy the product approached, the part in charge of “pain” began to react greatly in the subject’s brain. No matter how much you like it, the moment you spend it, it becomes a painful experience.

Fortunately, however, there are various alternatives in this world to slow down and further induce the pain of spending. Credit cards, prepaid cards, mobile payments, casino chips and game goods. One thing they have in common. It acts as money, but it’s not real money. It doesn’t look like money, and the process of spending is different from the actual money, and the consequences are different, so the pain is halved and you spend more.

Richard Shorten, a marketer and behavioral science researcher, did an interesting study on this phenomenon [2]Shorten asked the following three questions to random people who left the cafe waiting in front of a cafe in London.

1. How much did you pay for the drink?

2. What payment method did you use?

3. Can I check the receipt?

Casino chips and mobile game goods are also a kind of alternative. Even in mobile games, users use invisible virtual money (accounts or cards linked to their app store accounts) to purchase products, resulting in virtual goods. And the mobile gaming system has some intentions to make it easier for users to spend money.

1. Small unit of expenditure on goods 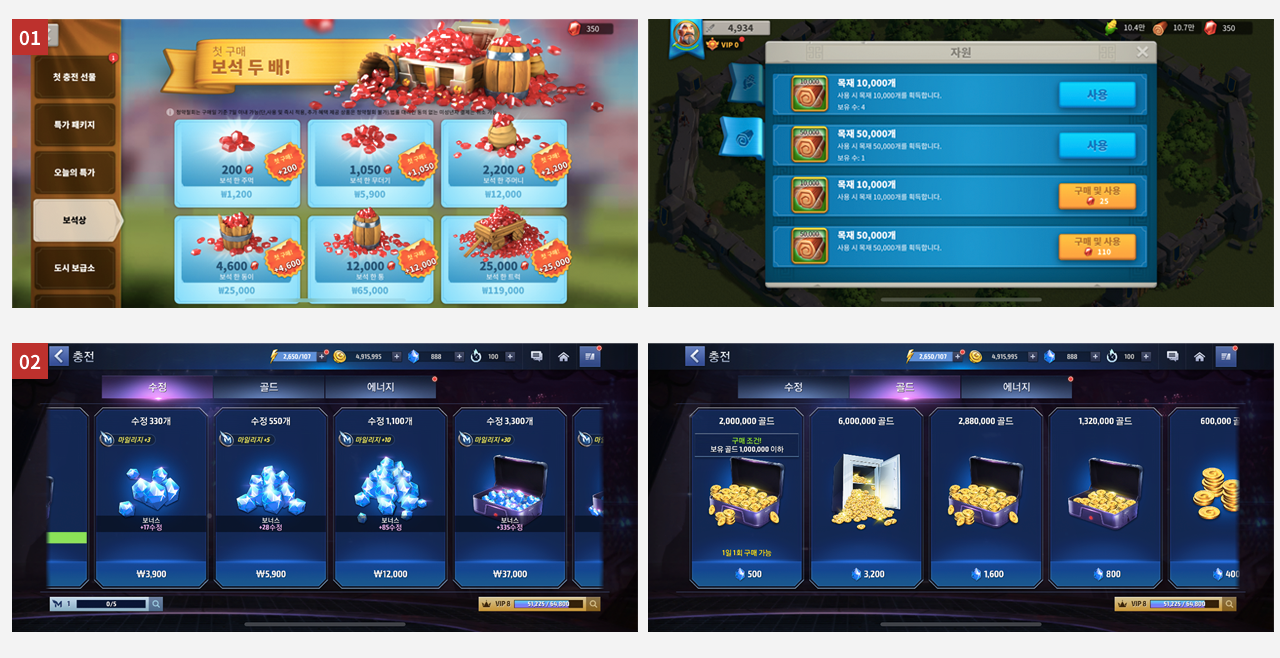 And there’s a first technique hidden in this buying process that makes it easier for users to spend their money. The basic unit of primary goods is smaller than secondary goods. For example, if you convert each good to the same cash value and 10 crystals, which is the primary good, are worth 1,000 won, you need 10,000 coins, which is the secondary good, to be worth 10 crystals (=1,000 won). As a result, users spend their primary money on various game content, but they don’t feel like they’re spending too much. In particular, when purchasing secondary goods or Gacha content, the amount of primary goods spent by products that seem to be of relatively large value is felt smaller. It’s like a customer’s exchange of chips looks like pennies in front of a dealer in a casino, and it’s easy to spend.

Secondly, as the user purchases the in-app and the primary goods are being spent, the memory that the goods they are currently spending were actually purchased is becoming weathered. In addition, as the first and second goods acquired through game play missions, quests, and events are added to the inventory, the weathering effect of this memory becomes stronger. I’m starting to get confused whether I bought this product or received it as a reward. 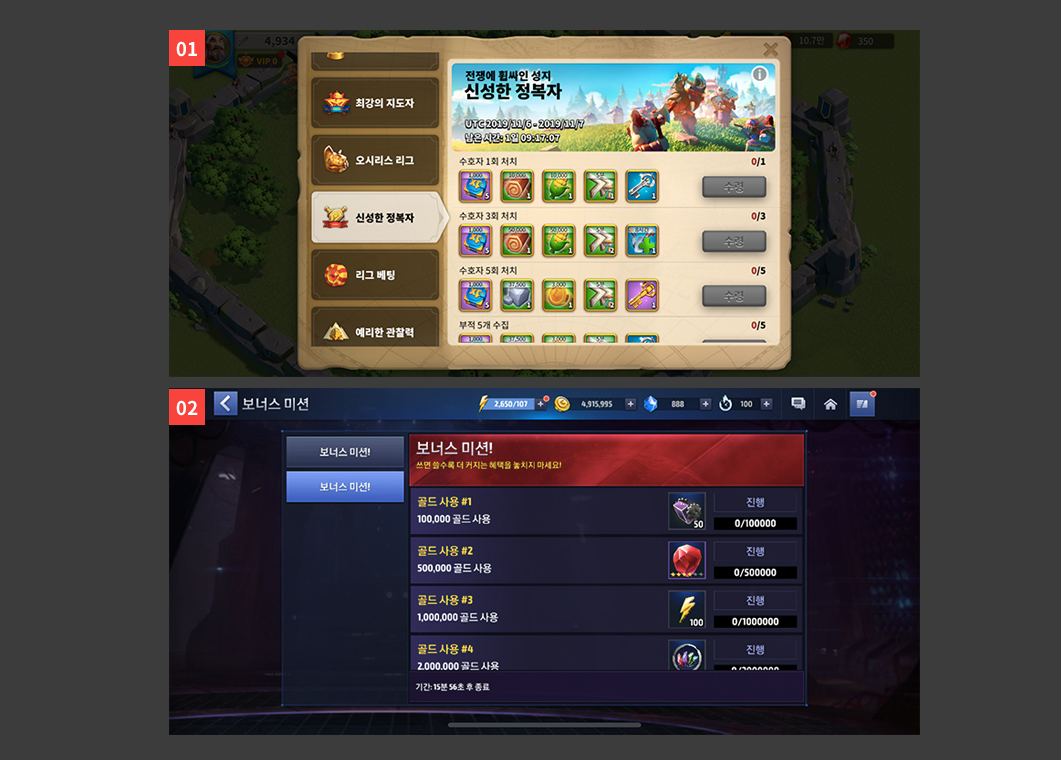 You can get 1st and 2nd goods through various missions and events in the game. (1. Rise of Kings, 2. Marvel Future Fight)

Finally, the game system is designed to gradually reduce the frequency of rewards such as missions and quests from the beginning to the end of the play. On the other hand, there is more and more content to use, and the amount of goods needed is also increasing. At this point, the user is already infected with the habit of spending wealth, so the reduced income from the goods causes financial difficulties, and the user is more likely to return to the primary purchasing process [6]. Just as it is difficult to reduce increased consumption in real life, consumption in games also has downward rigidity.

The corner where the money will come out gradually disappears, and the place to spend and the money needed increase in inverse proportion (…)

Humans think of themselves as thinking rationally, but in fact, most accidents are full of irrationality. Especially in terms of economics[6]. Credit cards, prepaid cards, casino chips and game goods are proven and refined techniques that penetrate one of these irrational gaps. It causes the user to sink into the payment swamp without realizing it. Game developers should choose whether to use these techniques as good intentions as a device for users to enjoy the game more, or as evil intentions. What choice would you make if you read this article? I hope it’s the former.

1. Reduce the pain of spending on goods in the game by setting the basic unit of the primary goods smaller than the secondary goods

2. Continue to supply goods through various missions, quests, and events, and gradually increase the amount of goods spent by users.

3. Gradually reduce the supply of goods according to the progress of the game, and gradually increase the consumption of goods and consumption.

[3] The actual jewelry is of great value even in small quantities. The fact that the concept of primary goods is generally jewelry such as crystal and ruby can be seen as utilizing this perception.

[4] In some cases, secondary goods are designed in various ways depending on the game genre and in-game content. Or, in the case of casual games, only primary goods exist without secondary goods.

[5] If you want to buy Gacha content in the range of grades that you can buy as primary goods, you usually have to play very hard to collect it (…)

[7] Of course, there is an alternative. It’s a repetitive mission called farming, and it’s labor to acquire goods