The reason why most of the content in the match genre puzzle game consists of events that can be solved alone is to provide satisfaction to users with achievements with a strong self-satisfaction tendency, which occupies the highest proportion. However, in recent years, match genre top tier games have been providing a lot of social contents that encourage users to cooperate or compete with each other in addition to personal play contents. How much can these social contents satisfy the needs of users? 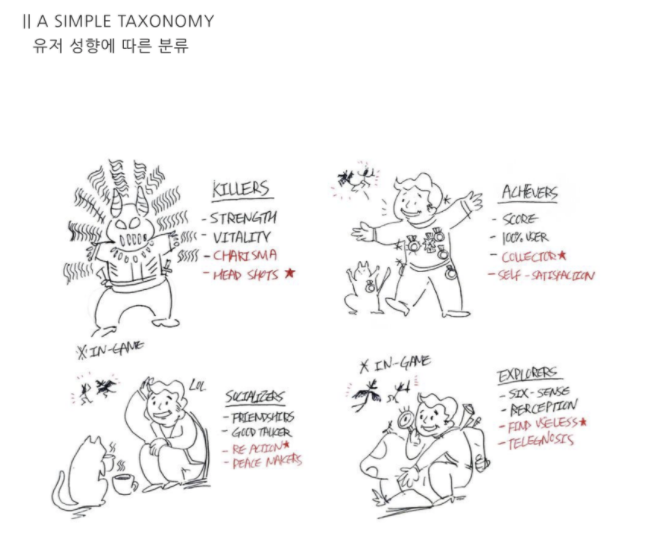 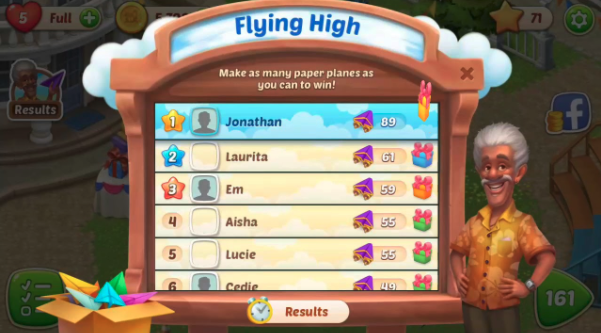 Social or fighting-type users who feel satisfied through collaboration or competition with other users gave half the competitive social event, a personal tournament event, to see how much weight they would really occupy in puzzle games and what positive indicator changes they might have in the game.

1. (User Satisfaction) Users who receive personal tournament events have higher Retention than those who do not

2. IAP ARPDAU will not be lower than those who have not been offered a personal tournament event

As individual tournament events meet the needs of various users, the retention was compared intensively, and it was decided to check whether *IAP ARPDAU was affected by compensation goods paid to users who finished at the top of the tournament.

*IAP ARPDAU: Earnings from in-app purchases by one top user

One live project of the match genre was selected, and users were divided into two sets, and individual tournament events were provided only in one set.

1. Collect the metapos (stars) acquired when level is cleared within the period and compete with other users in cumulative numbers

2. At the end of the period, compensation will be paid differently to users who are in the top ranks (from 1 to 10th place)

2. Time Fairness: Users in the same group must start competing at the same time.

One of the most important aspects of designing individual tournament events is fairness.

First, when it comes to difficulty fairness, users of similar levels are grouped and competed because it would not be fair to compete with users of relatively easy level playing and high level distribution of challenging levels. 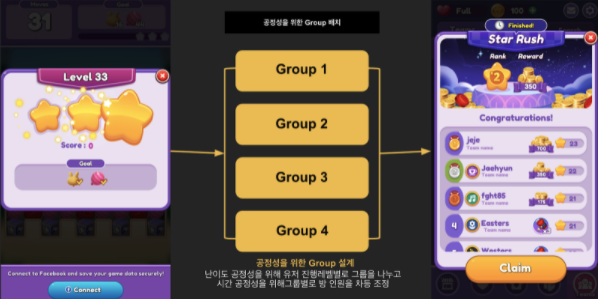 *For security reasons, we do not disclose details of the design.

The results of an experiment 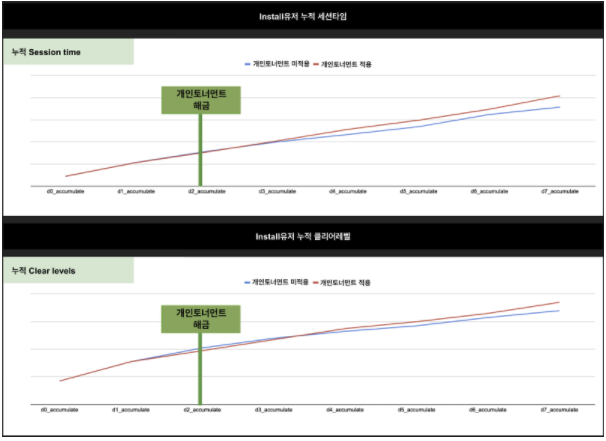 The total value of retention from 1 to 28 days was 27%p higher than that of users who did not provide individual tournaments. From the time the event was opened, it was a positive factor that users played more levels and consumed more playtime for competition. Retention indicators are eventually measured equally at 28 days, and later retention is not considered a major problem because it is an indicator that is more influenced by the level than by a single event. 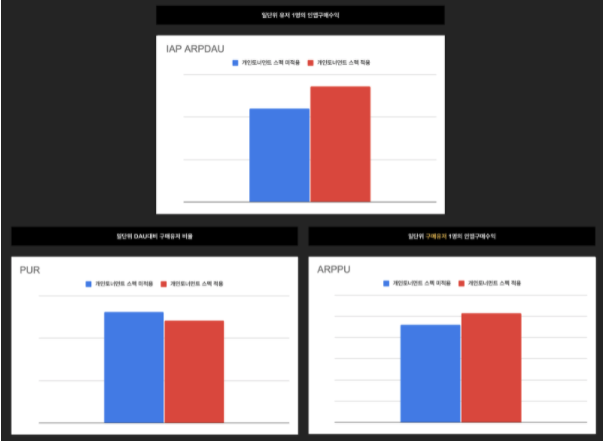 Positive data were also found in profit indicators. IAP ARPDAU increased by 24%. It can be interpreted that users have become more active in-app purchases as they play more due to the influence of competitive events. Therefore, both hypotheses for the experiment were adopted, and we proved that competitive social events are content that reflects the needs of users well. However, there are some measured indicators that cannot be overlooked. Why hasn’t the daily in-app purchase user ratio increased?

Suppose that not all users have a need for competitive social events. The majority of puzzle users are accomplishment types, and they may be less interested in social play. There won’t be more users of the fighting type who want to be in the top ranks in the tournament, but fewer of them can open their wallets. Therefore, while individual tournament events do not have a significant impact on increasing purchasing users, it may be possible to induce more active in-app purchases for purchasing users when looking at *ARPPU. I think this is a positive effect of competitive social events.

*ARPPU: Earnings from in-app purchases by one purchase user 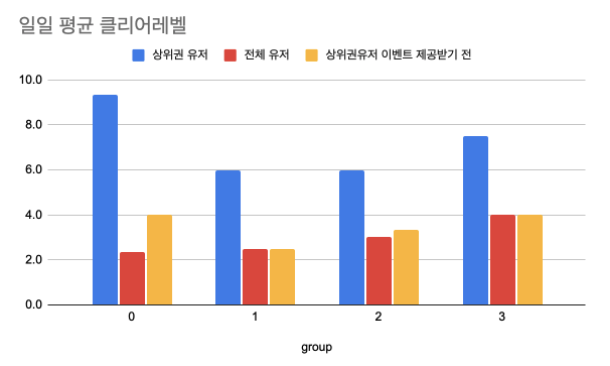 If there really were a fighting type of user, wouldn’t they have tried harder than usual to get offered a personal tournament and get to the top? In fact, the top users in individual tournaments tended to play more than the average user. This is a natural result due to the nature of competitive events, and if you take a further approach, you can see that the top users have significantly cleared the post-delivery level before receiving the individual tournament.

It is worth arguing that some of them are spending more than usual.

Among social content, there are not only competitive events (for example, there will be collaborative events), but there will also be various types of competitive events. The important fact is that puzzle game users have a need for social content, and if they provide them with appropriate content and rewards (victory or interaction with other users), they can definitely return to good responses and indicators.